HAHA  Yea I did say I would update frequently but honestly the thought of telling you all the fun and even mundane stuff we did in 2012 intimitaded me. . .so I'm starting from scratch.  Later on I will post a few pictures of Austin's 5 year birthday visit to Great Wolf Lodge, but right now I'm going to tell you about Austin's 5 year wellness visit.

I love these wellness visits - yes, even the ones that require vaccines - as it's confirmation that we are doing something right!  It doesn't matter if he's 2 months old, 2 years old or now FIVE, hearing from the nurse & doctor, who we ADORE, that we are all on the right track is music to my ears!!!

It's interesting to go to these appointments because it's no longer about the parent.  We are now just spectators watching the dialog between Austin and his nurse/Dr.  It makes me smile that he's now an independent, growing lil boy answering all sorts of questions on his own.

Here are his stats:

It's funny.  Before he was walking, he was 90th in weight and 10% in height and I'd joke that he was round and short.  Now he's tall and lanky!

He doesn't get an more immunizations until he's 12, so Austin was excited to hear about that.  HaHa

They are growing up way too fast!! I wish we still lived in OKC so we could come visit and get the boys together again!

just checked the lovely haircuts for the teenage boys
https://www.mrkidshaircuts.com/boy-haircuts/

Bradshaw's Buzz
Welcome to our little piece of the world! Here is our space where we get to share and show you all the happenings in our life. Kick back, relax and read all about it in the Bradshaw Buzz!

S and I have been married a little over 10 years and are high school sweethearts. We were married on April 20, 2002 and started our family 6 years later. We've been though lots of changes as a couple and can't wait to see what lies ahead. I'm a NICU nurse who works nights (big adjustment!) and love my job; S is a full-time student who is expected to graduate in May (WHOO HOOO) and become a Math/Science teacher. S also helps out as the youth minister at our church. A is growing like a weed and full of personality! 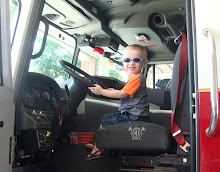 Lil Man came into our lives February 27th, 2008 and has stolen our hearts ever since! He's full of wonder and it's been an absolute joy watching him grow into the loving, curious, and dramatic little boy he is. We can't wait to see and hear what he does next!

I Belong In the Sandbox!